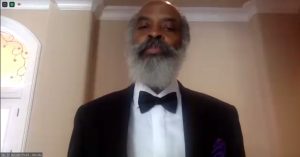 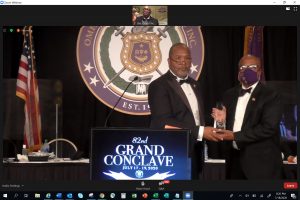 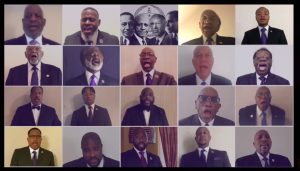 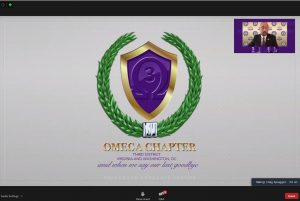 On July 17 - 19, 2020, the Psi Alpha Alpha Chapter (PsiAA), Third District, Omega Psi Phi Fraternity, Inc. attended the 82nd Grand Conclave. The conclave was originally scheduled for Tampa Florida. Given the current COVID-19 pandemic environment, the Fraternity leadership decided to host to FIRST ever VIRTUAL Grand Conclave. The opening prayer was delivered by Brother Dr Walter T. Richardson (current Grand Chaplain). The 41st Grand Basileus, Brother Dr. David Marion, delivered a riveting account of the state of the Fraternity and encourage the continuation of the strategic plan for the Fraternity to maintain and continue to solidify leadership position throughout the world. A few areas of notable accomplishments consist of the following:
● Virtual Graduation Ceremony for our Omega from college
● The initiative to purchase Boreholes in Africa and encouraged each district and chapter to participate
● Current support for HBCUs by an initiative called the Omega 1000 for $1000 in order to raise $1 Million for HBCUs

The other Supreme Council members presented their reports. The reports reviled tremendous success throughout the world. The Fraternity continues to be fiscally and legally sound. This year's conclave was while attended with a total of 3,446 - Graduates 3173 (317 from the Third District) and Undergraduates - 273 (19 from the Third District)

Brother Conrado B. Morgan, Third District Representative briefed and stated that the district would purchase a borehole in Ghana, Africa. During the Pre-Conclave Activities: International Youth Leadership Conference - Third District had 16 kids out of 296 kids that participated in the International Youth Leadership Conference (IYLC) on July 15, 2020.

The Founder's banquet was phenomenal. The Keynote speaker was the great Brother Bishop Staccato Powell, Immediate past Grand Chaplain. He presented an astonishing message on FOCUS - Fixating On Causes Ultimately Significant. The following award were presented to the chapters and members of the Third District: 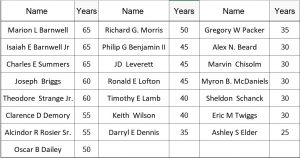 St. Jude and Omega the Power of Giving Fundraiser:
Omega Psi Phi Fraternity, Inc. - $123,000 with the First Place District being the Third District with $34,313

There were 420 Brother who received Fraternity Service Awards for years of service.

The Omega Memorial Service was conducted on Sunday, July 19 where all the Brothers who have gone on to Omega Chapter since the last Grand Conclave were read by Brother Craig Spraggins, District Keeper of Records and Seal for the Third District and all other DKRS’ read their District’s Brothers name. This was followed by an outstanding Devotion Service led by Grand Chaplain Reverend Walter T. Richardson, “What Did Omega Do (WDOD)?”

The Conclave was a tremendously rewarding event as always ensuring Brothers are aware of the state of the Fraternity and recognizing Chapters and Brothers for their noteworthy accomplishments and service to the world. The brothers are looking forward to the next Conclave Conference in 2022. 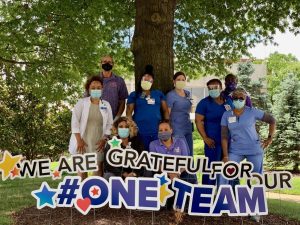 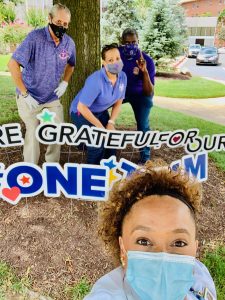 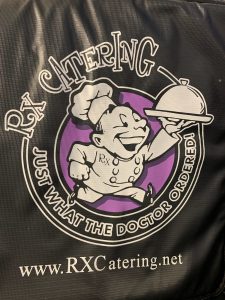 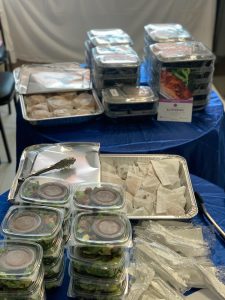 Friday, the 10th of July provided another opportunity for the Psi Alpha Alpha Chapter of the Omega Psi Phi Fraternity and Bernie L. Bates Foundation to join in solidarity and demonstrate commitment to those in the front lines of the existing COVID-19 pandemic.  In concert with Rx Catering of Fairfax VA and on behalf of these organizations Chapter President Eric Kelly and Foundation President Richard Morris presented a check for $1,000 which was used to provide nourishment to hospital staff within the MedStar Medical Group.

Both organizations continue to look for opportunities to support those providing medical care to patients in DC, Virginia (inclusive of Fairfax County), and Maryland.  For the past 50 years Medstar has served the community with research, education, and medical service.  As a chapter and foundation, we remain determined to support those working on the front lines during these challenging times.  We stand committed to supporting those who working tirelessly on the front lines, making sacrifices to care for those in need of hope, love and protection from this scourge called COVID-19.